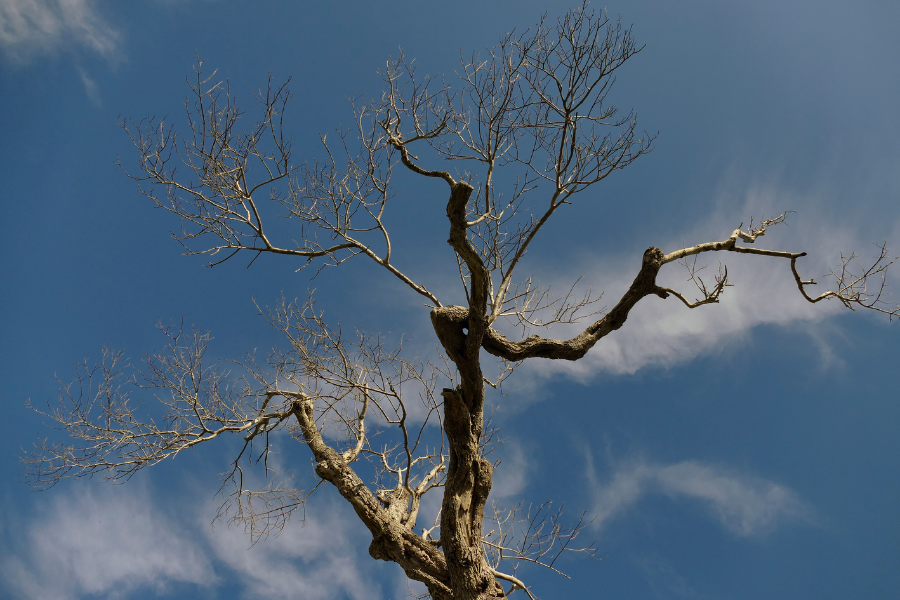 The south of Italy is in serious risk of desertification. One of the major drivers of the region’s desiccation is a plant bacteria called Xylella Fastidiosa.  22 million out of the 60 million olive trees have been infected on over 150,000 hectares of land in Puglia. It’s killed trees that have been around for hundreds, some even thousands of years.  The diffusion of the Xylella bacteria in Puglia has been an environmental catastrophe, not only devastating the land, but also seriously impacting the local community’s livelihood and cultural heritage.

What is Xylella Fastidiosa?

Xylella Fastidiosa is known as one of the most dangerous plant pathogens in the world. It has been known to infect over 595 different plant species including the coffee, lavender, grapes and almonds.

Once infected, the plant struggles to obtain nutrients, minerals and water from the ground. The plant starts to show signs of drying out and eventually dies.

> To find out more about which European countries Xylella Fastidiosa has affected, click here

How does it spread?

One of the main culprits for the spread of this bacteria is due to a common field bug called the spittlebug. These bugs drink from the tree’s veins or xylem and transfer the disease much like a mosquito can do to us humans. The spittlebug drinks from an infected tree and then carries the pathogen to the next one.

The other main reason for the spread is due to globalization. Transporting plants around the world and introducing them to new environments is much easier than it was previously. Some believe that this is how the Xylella Fastidiosa bacteria was first introduced in the southern Italian region.

> For more information about how Xylella Fastidiosa spreads, click here

> For some interesting facts about the spittlebug, click here

Where did it come from?

The first known cases of Xylella Fastidiosa came from the Americas. It was first discovered in the 19th century by Newton B. Pierce in grapes in California. It was originally called Pierce’s Disease or Bacterial Leaf Scorch.
In Puglia, the Xylella bacteria was first detected in 2013. Although there is much debate among locals about how it arrived in Italy, a new study that analyzed microbial genomics believes that the outbreak “in Apulia is due to a single introduction from Central America that is estimated to have occurred in 2008” (Sigard et al). They concluded that the bacteria was introduced via a coffee plant imported from Costa Rica. The plant was most likely asymptomatic and used for ornamental purposes.

What about a cure?

Currently there is no known cure for the XF bacteria. The current strategy is to eradicate all infected plants and replace them with XF resistant plants. The situation in the south of Italy has become so enormous that the strategy has switched from trying to eliminate the bacteria to trying to contain the outbreak.

Slowing the spread has been the focus for many scientists. New spittlebug predators have been introduced in the environment. Scientists have also been using various technologies that monitor Xylella fastidiosa’s advancements and impact the spittlebug’s mating rituals. These strategies have slowed the spread from 25km a year to 2 km yearly.

The wreckage caused by the XF bacteria has had a tremendous impact on the livelihood of local communities. For generations, olive tree cultivations have been a part of local identity for the Apulian people. In fact, it was recorded that olive trade began in this area in 2500 BC by the Phoenicians and Greeks.

A university study estimated that Italy would lose over €5 billion, if it were to continue to spread at its current rate.  Apulian agricultural union, Confagricoltura Puglia, noted that 33,000 jobs have been lost in relation to this environmental emergency.

This doesn’t even take into account the cultural and historical heritage that this region has lost. Centennial and millenary trees, many of which were registered monuments have been decimated by this plant disease.

> Click here for the history of olive trees in Puglia

How Italy and the EU dealing with the situation?

Since its initial discovery in 2013, there have been numerous efforts by the Italian and European government to resolve this enormous problem.

In 2015, the EU unsuccessfully advocated for the extraction for 11 million olive trees and all plant life within 100 meters of an infected tree.

In January of 2020, the Italian government approved a long-awaited funding plan of €332 million, which was to be spent over two years, to relaunch the olive oil industry. However, due to complex bureaucratic procedures and covid restrictions, funding was difficult to access.  By the end of 2021, only 6% of requests by olive farmers were approved. Of those considered eligible, no one had received any funding yet. In fact, €40 million of the planned financial relief that would help farmers extract and replant trees had remained unspent.

Government extraction procedures have also been so excruciatingly slow that many locals have been setting their dead trees on fire. This has significantly contributed to the increased wildfires seen in recent years.

In the summer of 2022, the Italian Agricultural ministry approved €35 million in funding to oil millers affected by the XF bacteria. Companies will be able to apply to receive up to €200,000 in financial aid.

In March of 2022, the Italian government set a new action plan, which detailed measures for monitoring and containing the spread. This plan has been put into motion contemporarily to the EU-backed LIFE Resilience Project, which is developing bacteria resistant olive cultivars and developing technologies that aid intensive olive and almond production.

This natural disaster has been surrounded by controversy since its initial discovery. The scientists who detected the bacteria in Puglia were initially blamed, vilified and investigated in local courts.

Disputes about how it originated, why it’s affecting the trees and what’s the best solution forward have been polarizing local people for years.

Despite scientific studies proving otherwise, various theories have been circulating.  Some believe that there was a sinister plot of intentionally introducing the pathogen to depreciate the land’s value. Others believe that the sickness is a lie and that the drying out of millions of trees is due to the overuse of chemical pesticides and the stripping of nutrients in the soil. Others believe that eradicating sick trees isn’t the answer, even though infected trees do help spread the XF.

Amidst lots of confusion and anger, many fraudulent companies have tried to capitalize on the situation by selling miracle products that ‘save’ the trees. The Puglia region has warned farmers not to fall for these fake cures, which in some cases can mask certain symptoms for a short period of time. There is no easy fix or cure that is currently available on the market.

Even after almost ten years since its discovery in Puglia, there is still major conflict about how to deal with infected trees. Local associations have been fighting EU containment measures. In spring of 2022 local courts halted the eradication of dozens of infected millenary trees.

The Apulian landscape has been undergoing a forced transition. Reforestation and replanting the territory is the only way to save the region from desertification. New olive cultivars, which are more resistant to the Xylella Fastidiosa bacteria, are being planted.

New agricultural industries are being established and there’s been a recent boom in cultivating avocados, mangoes and pomegranates in the region. New plans for pear cultivation has also been set in motion.

One important lesson that this whole situation has demonstrated is the importance of biodiversity. Creating rich biodiverse regenerative ecosystems is one of best routes towards creating food security and stability.

> Read about the 5 dangers of desertification, here

> Read about why you should care about agrobiodiversity, here

> Read all about Italy’s and Puglia’s agrobiodiversity, here

The Olive Tree Project was initially founded in response to the XF situation in Puglia. Its founders had been summering in Salento since 2012 and saw the full progression of the bacteria take hold of the region. They witnessed the slow death of a once vibrant land,  the locals who were losing everything, the angry speculation of how and why this was happening and also a lot of non action.

They were stunned how this very visible natural disaster was turning the region progressively apocalyptical and yet no one seemed to be fully aware of what was happening beside southern Italians or attentive tourists who visited. Communication was lacking and was especially challenging to find comprehensive information in English, which would reach an international audience.

Reading Between The Lines

Looking deeper, it was apparent that this horrible situation was a visual symptom of a much larger issue – modern humanity’s disconnection from nature. Earth is screaming for us to remember our symbiotic relationship. Humans need to understand that by helping the plant, animal and mineral kingdoms, we are helping ourselves.

Earth is not a thing that needs to be controlled. It’s its own entity that deserves respect. We are her guardians, her protectors.

In 2021, the founders moved to Lecce and founded The Olive Tree Project, with a mission to help local and the international community become more earth conscious.

OTP amplifies environmental issues and advocates sustainability across all facets of society. We create educational programs, are building communities and collaborate with like minded organizations. We also participate and organize environmental and reforestation events. OTP hopes to not only inspire but create changes that bring us all closer to our home, our earth.

If you’d like to become part of the movement, sign up to our community and follow us on our socials. Together we can make the world a better place. 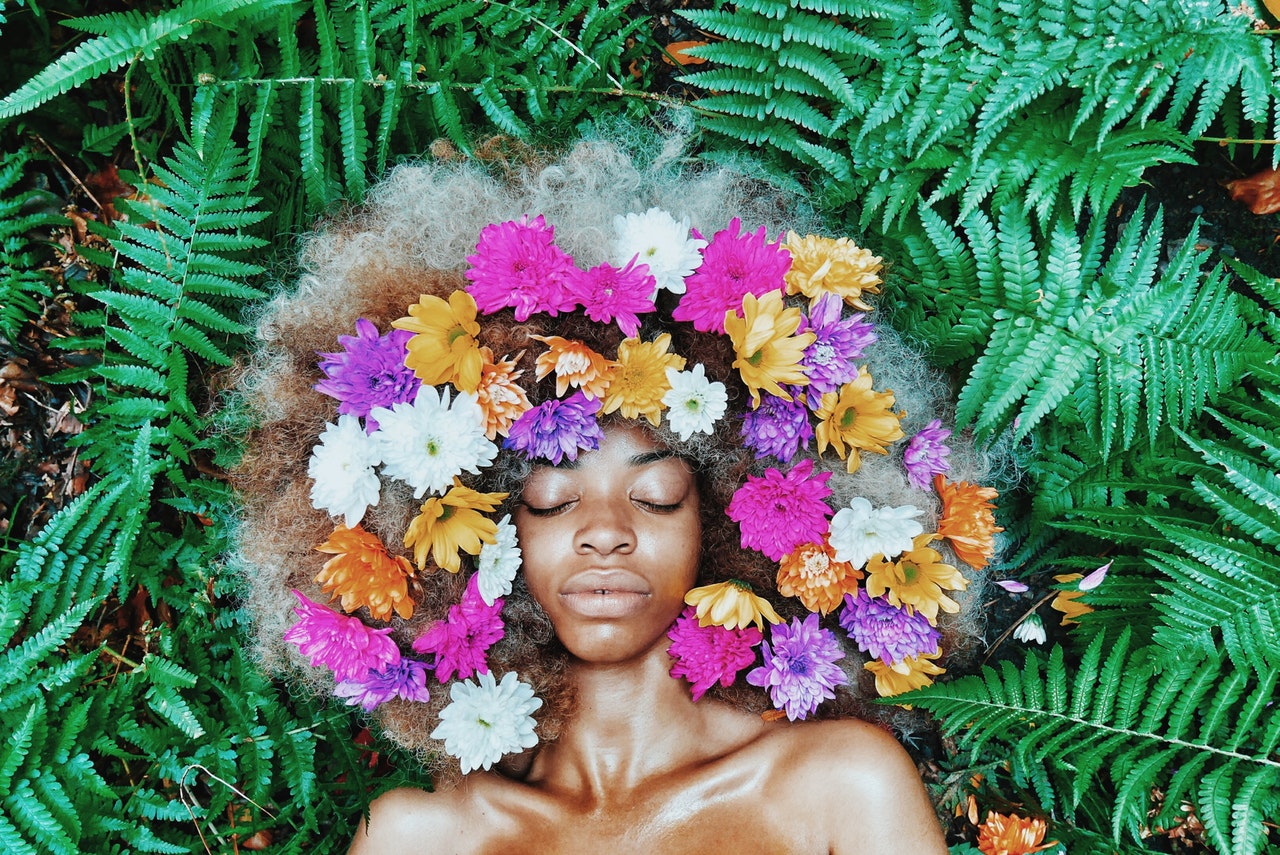 The Amazing Effects Of Nature On The Brain 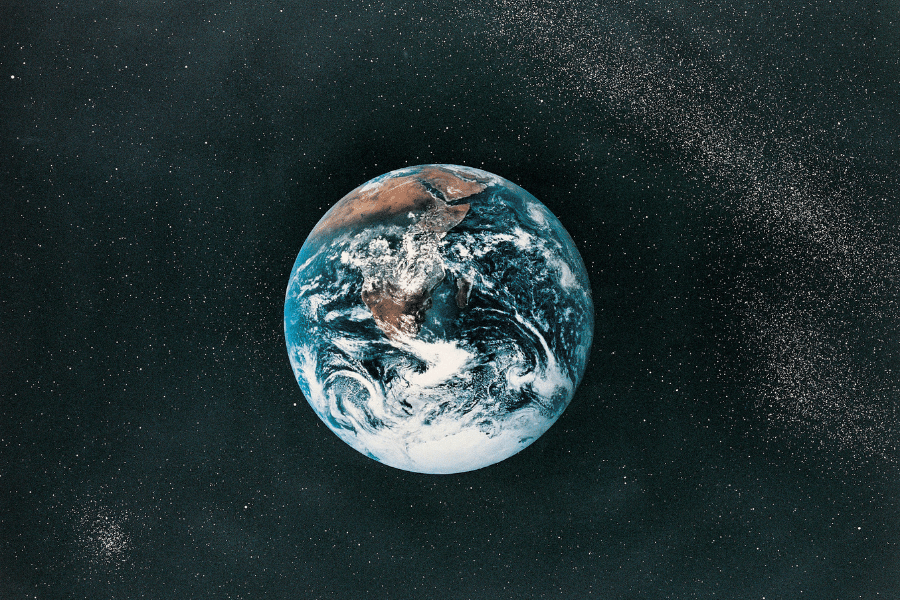 Where Has the Xylella Fastidiosa Bacteria Been Found? 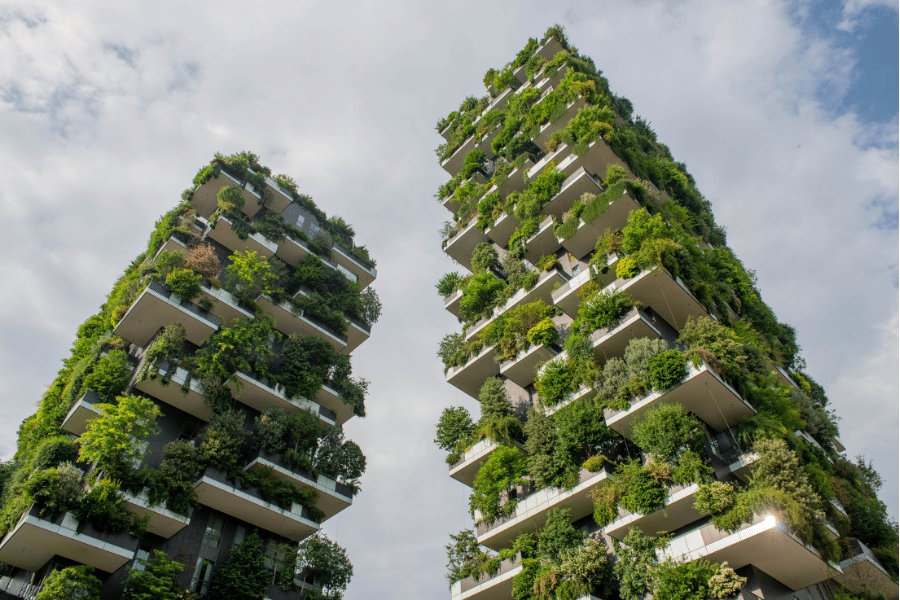 Future Jobs for A Greener Tomorrow